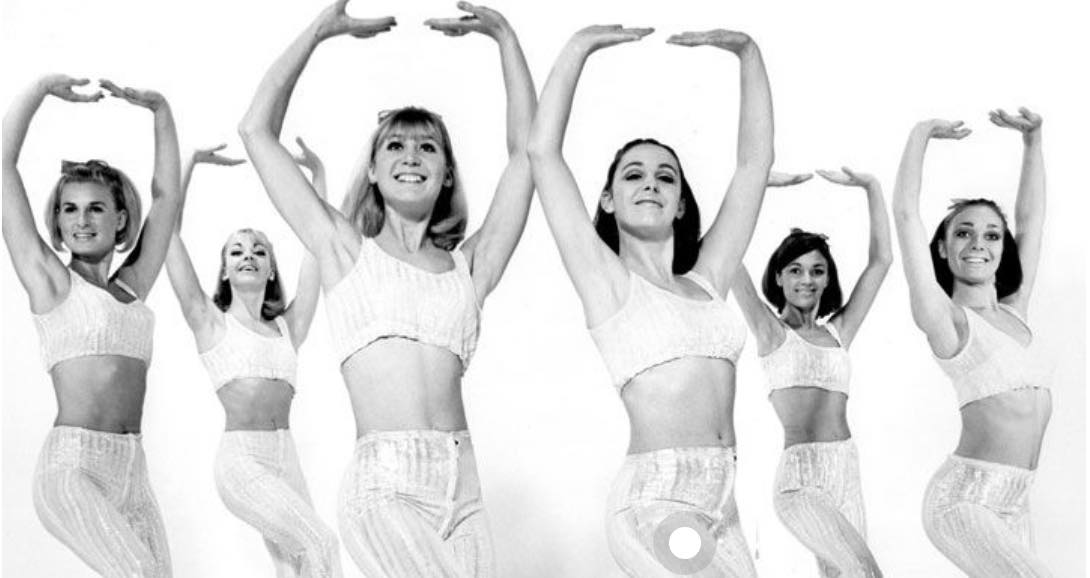 In November 1964, TOTP producers had decided a dance troupe was needed to perform when the artist was not available to perform in the studio. Jo Cook won the contract to provide a dance troupe, and so created the the Go-Jos - named after herself.

The group usually danced on TOTP to the latest pop hits dressed in mini skirts and high boots that were fashionable at the time. The Go-Jos were not fully resident; typically appearing only every few weeks. In the first few months on TOTP, Linda Hotchkin and Jane Bartlett performed with Pat Hughes. Pat Hughes left in early 1965 and Jo Cook herself appeared over the next few months. The troupe changed again in later 1965 when Jo Cook finally quit dancing to focus on choreography. Barbara von der Heyde and Thelma Bignell joined, and Jane Bartlett temporarily left, creating a three-person group. Jane Bartlett rejoined in early 1967, and the group expanded to six in 1968 with the addition of Lesley Larbey and Wendy Hilhouse.

By mid-1968, the BBC had decided to replace the Go-Jos with Pan’s People. The Go-Jos final performance was on 27th June 1968 dancing to “Jumping Jack Flash” by The Rolling Stones.

Only one Top of the Pops performance by the Go-Jos is known to survive, and this is "Reflections" by Diana Ross and the Supremes, transmitted on the Boxing Day 1967 episode.

You are at the very beginning! There are no earlier dance troupes.