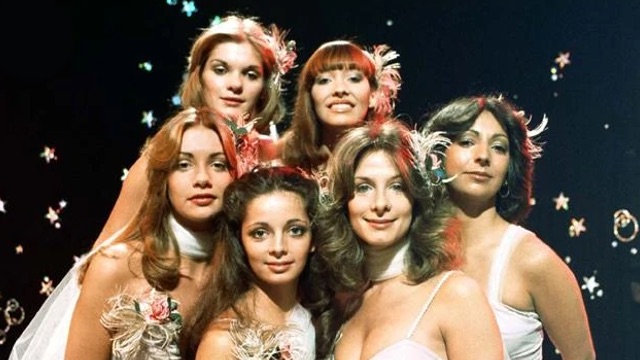 Pan's People were the second dance troupe to appear regularly on Top of the Pops, succeeding the Go-Jos in May or June 1968. Starting with monthly appearances, they became a weekly feature of the programme following its revamp and time extension in January 1970. During this time the group’s fan mail and high viewing figures led to the group being featured on Top of the Pops nearly every week.

It is thought that Pan's People's first performance (as the six-piece group) was on 30th May 1968, dancing to "U.S. Male" by Elvis Presley.

Pan’s People comprised of the following members during their tenure on Top of the Pops:

The principal choreographer during Pan's People's tenure on Top of the Pops was Flick Colby, who was also a dancer from 1966 to 1972.

Pan’s People last appeared on Top of the Pops on 29th April 1976, dancing to "Silver Star" by the Four Seasons.