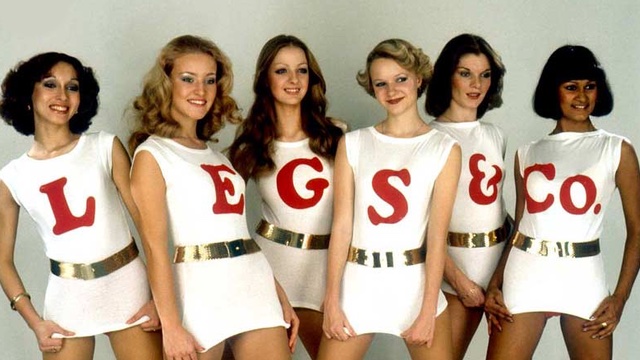 After a very short tenure, Ruby Flipper left the Top of the Pops studio for the last time, and a new(ish) all female group was formed, Legs & Co, which was once more choreographed by Colby. Three of the six in the initial line-up (Menhenick, Cartwight and Hammond) were taken from Ruby Flipper, with Rosie Hetherington, Gill Clarke and Pauline Peters making up the six. Despite being an all-female group, on occasion one or more male dancers were brought in several times for routines. The most notable was Hot Gossip dancer Floyd Pearce, who was also a member of Ruby Flipper in 1976. He made nine guest appearances with Legs & Co.

The members of Legs and Co. comprised of:

The troupe's last performance on TOTP was on 29th October 1981, dancing to "Favourite Shirts (Boy Meets Girl)" by Haircut 100.

On 2nd December 1982, a week after Legs & Co.'s final on-screen appearance, Zoo, made their Top of the Pops debut. With the ongoing ramp up of a party atmosphere in the studio, and with many artists offering their music videos to the BBC for free, Zoo would be the last regular dance troupe to regularly appear on Top of the Pops.