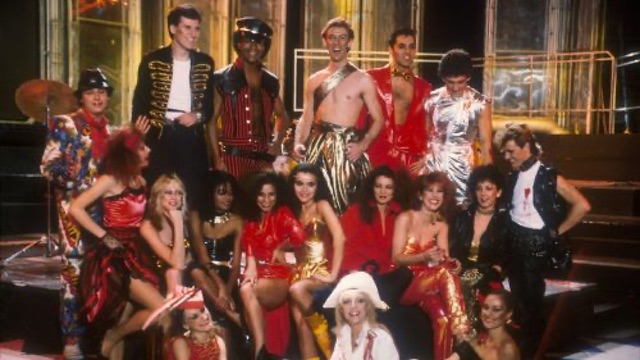 By late 1981, Legs & Co had become more integrated into the studio audience on Top of the Pops, rather than performing set-piece routines for non-present chart acts. But times were changing, and Flick Colby felt the time was right to reintroduce male dancers into the fold, as music videos were slowly replacing the dated TOTP dance routines when artists were not able to perform in the studio. Legs & Co's stint on TOTP came to an end in October 1981, and a twenty-member dance troupe named Zoo replaced them, with a set of performers drawn from the pool of ten female and ten male dancers each week. Three members of previous troupes, Menhenick, Corpe and Chellamah, made at least one appearance each between 1981-1983.

By 1982, record companies were offering the BBC free promotional music videos, meaning dance troupes and routines were no longer required, and so on 29th September 1983, Zoo performed for the last time, and the use of dance troupes was consigned to the TOTP history books. From 1983 onwards the audience and cheerleaders took a more active role, often dancing in more prominent areas such as behind performing acts on the back of the stage, and on podiums to reinforce the classic 80s ‘party atmosphere’.

This was the last dance troupe to appear on the show.