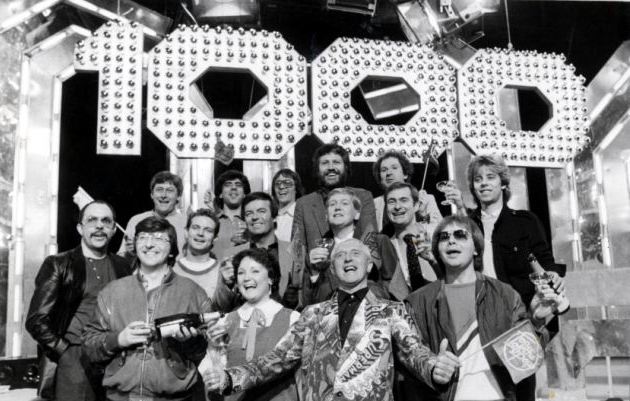 Britain's longest running pop music show celebrates its 1,000th edition. Since its first transmission on 1st January 1964, Top of the Pops has provided a weekly programme reflecting the bands and artists in the current hit parade. Included in this special edition are video clips and personalities from the past 19 years, plus a look at the top pop records from in the charts. Including performances from The Human League, Thompson Twins, Spandau Ballet, and Heaven 17.

1000th edition of Top of the Pops. Live from TV Centre. Viewers were also able to tune into the Radio 1, and listen to the show for the first time in Stereo.