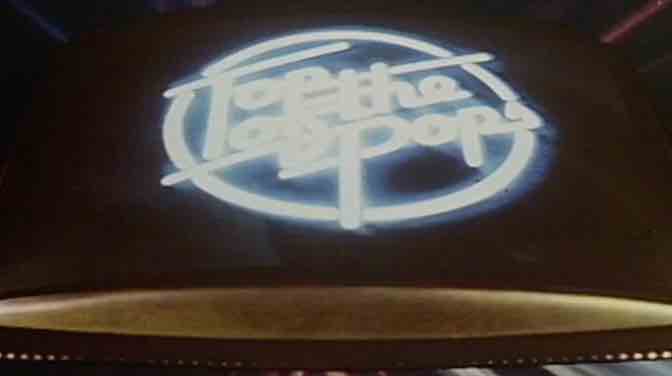 The groundbreakingg (at the time) opening titles that had existed since July 1981 were beginning to look slightly tired, with the dust marks on the film being evident on newer TV sets. 1983 saw the "records flying out of the sky" titles modified. From the 1000th edition, the classic opening title originally introduced in 1981 was placed inside a rotating TV screen, which flew through a mystic vortex. Along with this slight change, the theme tune was tweaked to include a slightly lower pitch "Yellow Pearl" by Phil Lynott.