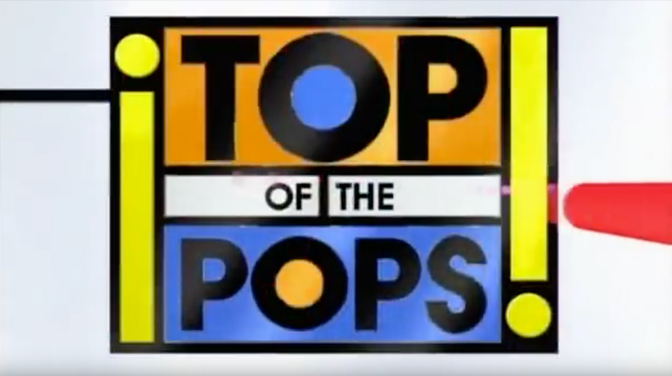 A slight tweak to the Top of the Pops graphics set was introduced on Christmas Day 2001. The opening titles introduced in 1998 was modernised, and scaled for widescreen broadcasts. The Whole Lotta Love remix was still used, but the lines and circles featured during the opening titles and the chart rundown were given the 3D treatment, zooming out to screen as well as moving left to right, and in more colours. Performance and presenter captions were also updated to reflect this change and now primarily used only orange and blue coloured 3D blocks. This modernised refresh would last up until November 2003, when the last attempt to revive the franchise would be introduced by incoming controller Andi Peters.